Trump: What would really happen?

On the 8th of November the USA will vote for their next President to serve for four years. In recent weeks, and even months, the UK has heard about the presidential candidates sexist and sexual assault jokes along with his insistence to build a big wall around Mexico. But what would really happen if Trump got in? How bad would it be? Would it all be bad?

The 70-year-old multi billionaire has some big ideas on defence, the economy, education, health and immigration to name a few, and some of his ideas might shock you. 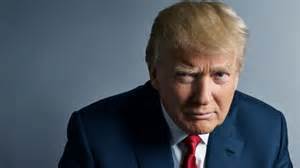 Trump would like to entirely rebuild the military by increasing the size of the US Army to have 540,000 active duty soldiers, which he claims the Chief of Staff needs. He would ideally like 50 ships to be available as recommended by the National Defence Panel and increase the military further by extending the US Marine Corps to 36 battalions.

In addition, he intends to provide a 1,200 fighter aircraft for the Air Force, which is an air-craft used for air-to-air combat  against another aircraft. This type of aircraft was commonly used in World War One and Two.

His missile defence team would also be advanced to meet “growing threats by modernising our Navy’s cruisers and procuring additional, modern destroyers to counter the ballistic missile threat from Iran and North Korea”(sourced from his site).

Focusing on the modern age of computers and networks, Trump would like a comprehensive review of all US cyber vulnerabilities to protect the whole system and be able to offend and defend any potential problems.

All of this would be paid for by reducing duplicate bureaucracy, collecting unpaid taxes, and ending what he deems unwanted and unauthorised federal programs.

Trumps main focus here is to create a booming economy, he wants to create 25 million jobs in ten years. Every one percent increase in GDP growth should add 1.2 million jobs, he says.

In addition there would be reform policies with a pro-growth tax plan, a new modern regulatory framework, an America-First trade policy, an unleashed American energy plan, and the ‘penny plan'(cutting spending by one percent a year). All of this would be expected to cost $2.6 Trillion in the decade long plan.

A sense-making quote from Trump: “The hedge fund guys (gals) have to pay higher taxes ASAP. They are paying practically nothing. We must reduce taxes for the middle class!”

Trump is very close to his own children and education is of paramount importance to him and the entirety of his Presidential pledge.

He would add an immediate investment of $20 billion towards school choice making it easier for people to access and decide. Additionally he would give states the option to allow these funds to go with the student to their school of choice. Distribution of this grant will favour states that have a full-range of choice for children.

“If we can put a man on the moon, dig out the Panama Canal and win two world wars, then I have no doubt that we as a nation can provide school choice to every disadvantaged child in America.”

Universities and colleges would also be reformed by Congress to make sure they are trying to reduce student debt, while ensuring that everyone has the opportunity to attend college for a trade or skill.

Trump feels that healthcare has become too expensive in America, to tackle this he intends to end Obamacare, decrease costs of healthcare insurance and even allow people to not have insurance. He also wants to give people more options on pharmaceuticals and prescriptions by getting drugs from overseas which could be cheaper and better for citizens.

He would change from an insurance style of living for those less fortunate and start Health Savings Accounts where people can save when they are able to at a steady rate. Citizens would also be to fully deduct health insurance premium payments from their tax returns if his plans worked.

Healthcare providers, especially doctors and healthcare organisations like clinics and hospitals would become transparent, whereby individuals would be able to shop to find the best prices for any  medical-related procedure.

You have probably heard mostly about Trump’s policies on immigration. And most of what you have read is probably true. Trump does want to put American’s into work before anyone else, specifically marketing jobs towards them.

Trump also wants to protect the  lawful immigrants already living in the US by curbing uncontrolled foreign worker admissions,  selecting immigrants who can help the US and be self-sufficient, checking they support American ‘values’ and people to ‘prevent terrorism’, enforce laws to keep America prosperous and safe.

1. Begin working on an impenetrable physical wall on the southern border, on day one. Mexico will pay for the wall.

2. End catch-and-release. Under a Trump administration, anyone who illegally crosses the border will be detained until they are removed out of our country.

3. Move criminal aliens out day one, in joint operations with local, state, and federal law enforcement. We will terminate the Obama administration’s deadly, non-enforcement policies that allow thousands of criminal aliens to freely roam our streets.

5. Immediately terminate President Obama’s two illegal executive amnesties. All immigration laws will be enforced – we will triple the number of ICE agents. Anyone who enters the U.S. illegally is subject to deportation. That is what it means to have laws and to have a country.

6. Suspend the issuance of visas to any place where adequate screening cannot occur, until proven and effective vetting mechanisms can be put into place.

7. Ensure that other countries take their people back when we order them deported.

8. Ensure that a biometric entry-exit visa tracking system is fully implemented at all land, air, and sea ports.

9. Turn off the jobs and benefits magnet. Many immigrants come to the U.S. illegally in search of jobs, even though federal law prohibits the employment of illegal immigrants.

10. Reform legal immigration to serve the best interests of America and its workers, keeping immigration levels within historic norms.

Whatever you think about the author, politician and businessman behind the suit, this is what he believes and this is what could happen in America if citizens vote him in.

All images from Google, sourced information cited, other informatio from Trump’s website. Sourced on 19/10/2016.