45 million people have watched this epic film in less than a fortnight. That’s pretty intense stuff. 45 million can’t be wrong. It’s a sensational film filled with shocks, twists, turns, characters we can really identify with… and it makes you think.

There’s even been an announcement from Netflix pleading with people to not become Bird Box victims! 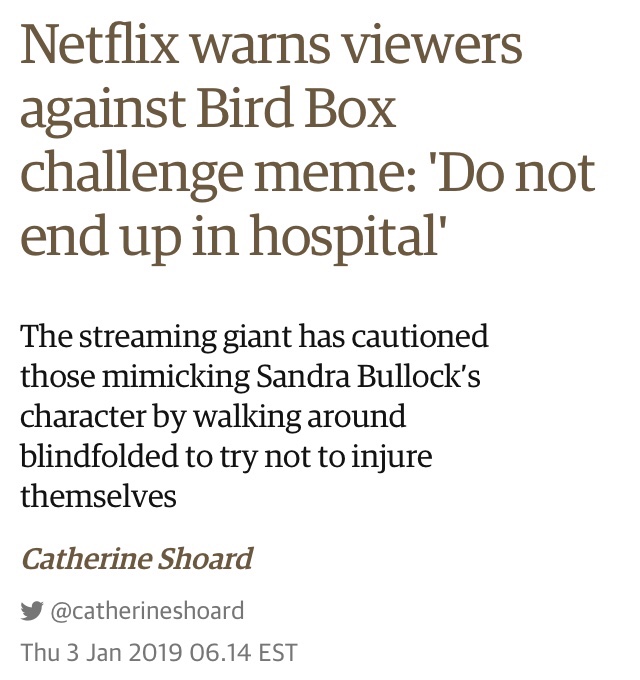 The story depicts a strange force against nature, seemingly once people have seen it then commit suicide. Therefore, people live in fear and only leave the house when they cover their eyes with blindfolds…

What would we do if this was real life?

The film makes us question what would actually happen if a mysterious dark force took over the world. Far from your usual zombie or vampire epics… this is a force against nature. Pretty sinister stuff right there.

I was a great lover of the film, while many people have said you love it or hate it.

For me the characters are believable and realistically people we could actually meet. They all have different opinions. We see the reality of loyalty and self-worth. The dependency these people have on one another and the likelihood of attack.

It’s intense, aspiring, inspiring and attacking. You never know what could happen… Especially when there is a knock at the door.

The internet memes are telling their own story

And there’s nothing not funny about them… 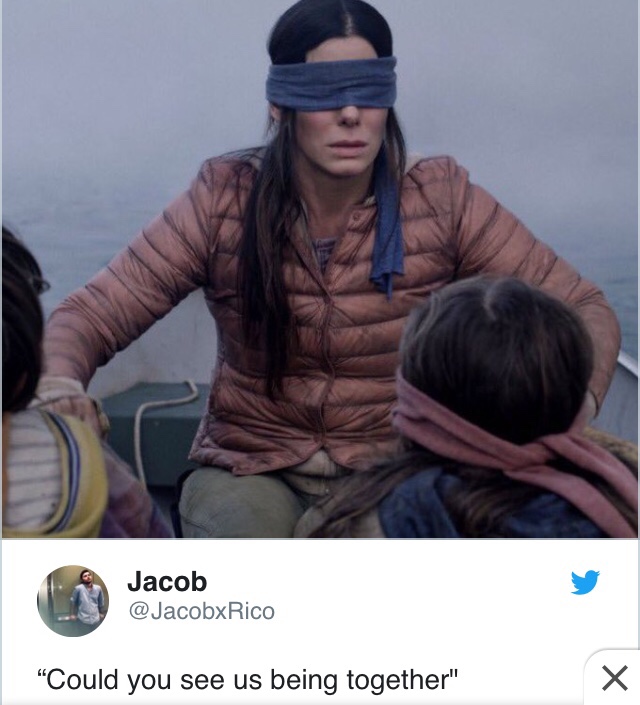 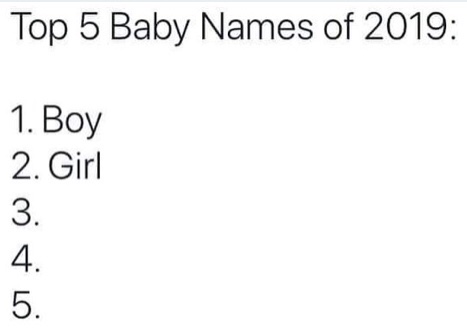 Sandra Bullock takes on a gruelling acting role here to make viewers imagine what the isolation and panic would really be like. She is a great inspiration in this film.

Check out the film now for panic filled scares, kids being… well kids, and your heart in your mouth most of the film!